North say “So, here we are again, we’ve brewed another Kveik IPA, this time polarising our take backs from the last brew and getting just as giddy for our latest release. A slight alteration with the water profiling and a touch more bitterness makes for a silky yet robust palette, we kept in the Sabro hops – we really, really liked the way Sabro’s coconut traits curved the tart qualities and interacted with the farmhouse like character of the beer. We’ve swapped out the El Dorado for Bru-1, known for its unmistakable boozy pineapple flavour. We then finished the beer with a sprinkle of Mosaic for just an ever so slight savoury spice to finish the beer with a crisp bitter note. It’s so tasty now and if our last Kveik IPA is anything to go by, it’s probably going to develop and improve over the next couple of week.

“We’ve always praised and thanked the notion of collaboration. The act of collaboration has passed on an abundance of knowledge to us, we wouldn’t be here without it. We’d like to take the time to reflect and appreciate brewing with Brian Strumke from Stillwater Artisanal and him suggesting the idea of brewing a Kveik IPA. A simple idea has been passed on and inherited by us. We’re dead excited about Kveik Yeast and how it can be utilised. We hope you enjoy drinking this beer as much as we’ve enjoyed brewing it, and as much as we’re going to enjoy drinking it!”

NEW: Our delivery service is now available for cans only. Delivery is FREE if you spend more than £100.

Click & Collect orders can be collected on the day you order them (when the shop is open), but give us a few hours to get your order ready if you can. 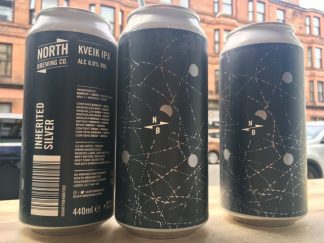