Utopian’s Viennas Keller lager is copper in colour with a rich bready aroma, rounded out by a crisp bittersweet finish.

Utopian say “Vienna Lager was a revelation when it was first brewed in the mid-19th century, combining Bavarian brewing techniques with paler British style malts. A once nearly forgotten style, Utopian’s Vienna Keller Lager pays homage to those early beers. They used a traditional decoction mash with British-grown Vienna and Munich malts, lending the beer depth and complexity. A slow, cold fermentation, followed by 5 weeks of lagering has resulted in a beer which is as easy drinking as it is flavourful.”

Wee Beer Shop
5.0
Based on 75 reviews
powered by Facebook

Christine Arthur-Collins
2021-03-23T21:00:05+0000
Everytime I order I am never disappointed. We have also had a couple of beer tastings selection by this shop and they... have been fantastic.read more

Gillian Daniel
2021-03-01T18:34:08+0000
I love The Wee Beer Shop. I haven't been prior to lockdown and I simply can't wait to go inside. I've ordered for... delivery 2 times now, and we also picked up from the shop a couple of times.The selection of beers is immense. My absolute favourite is Da Ist Techno Sex and The Wee Beer Shop stocks it. So I'm sorted for my favourite. But they have so much more, more selection than I have seen before.The 2 deliveries I've had, I've ordered on the Sunday night and by the Monday lunchtime I've got my beers. Best delivery service going.read more

Emma McMahon
2020-12-31T17:04:32+0000
Great find for beers as my hubby only likes certain ones. Online order option is brilliant like the way it shows how... many you have available in the selected beers. Order placed and paid for with no issues ready for collecting the next day. Great serviceread more

Jane Hammill
2020-11-18T22:11:01+0000
Fantastic, friendly communication and excellent service all round. Niall rectified the error I made with my order... without quibble, made the necessary refund and dispatched items for receipt next day. Highly recommend.read more

Melanie Dobson
2020-11-12T16:50:12+0000
I ordered for the first time from The Wee Beer Shop. It was easy to view the beers and had a great selection of beers... too. My order arrived within 48 hours and the customer service was fabulous. I would definitely recommend the Wee Beer Shop A***read more

Kim Hardie
2020-10-20T16:10:12+0000
Love this shop and order regularly since we found it. Always a fantastic selection of beers on offer and helpful... customer service too if you have a question! We use the delivery service and its great. Thoroughly recommend.read more

James Mulholland
2020-10-16T20:58:04+0000
Great set up for this COVID age. They really care about personal safety. Very reassuring. The beer selection is... tremendous. Well worth spending your money there.read more

Andrew Hollingdale
2020-10-11T21:17:09+0000
a great service, good selection of beers and got my delivery with no problem, fast with next day delivery from day of... shipping. I'll use them again and that is always recommendation enough for me.read more

Jennie Hood
2020-10-04T09:51:46+0000
Fantastic little shop - proof that size isn't everything, they've got a brilliant selection of beers from all over the... world. Website is easy to use, and the fact that you can go and pick up your online order from the shop within a few hours is really handy. Niall is a top bloke, definitely recommend going here for all your beer-based requirements 😁read more

Frazer Donald
2020-01-24T15:03:03+0000
Niall was great to deal with, very pleasant and knowledgeable.Great range of beers, a must stop shop for any beer... lover, and for anyone wanting to broaden their alcoholic beverage horizons.read more

Adam Harland
2019-12-11T14:43:18+0000
Couldn't recommend a better place for beer in Glasgow. Everyone in the shop are always very helpful, suggesting beers... if you're unsure or need help. Beers are always super fresh and the variety is immense, including the awesome growler wall!read more

Darren Robb
2019-11-13T14:02:16+0000
My favourite beer shop. Always an excellent selection of beers at good prices. The owner is a splendid bloke, too. I... don’t live that close to the shop so I mostly order online and Niall fills a box or two for me to pick up at my convenience. Great place. Highly recommended.read more

Ken Boswell
2019-03-01T10:40:14+0000
Great selection of beers from all round the world. Enthusiastic staff who know what they’re selling and can recommend... based on your preferences. Well worth a visit.read more

Faye Woodcock
2018-11-24T17:43:08+0000
Hugely knowledgeable and friendly staff who will recommend you beers based on what they've seen you buy before. Great... selection and frequently updated stocks - a lot of work goes into getting rare and limited beers in. Brilliant click and collect service and very easy to get to on pollokshaws road!read more

Iain Smith
2018-03-26T21:02:04+0000
Great place! Lots to choose from and plenty you've definitely not heard of. Shelves were well stocked both times I've... been in. Also, thanks for holding that bottle back for me, it was well worth it!read more

Dominic Nisbet
2018-01-14T16:32:50+0000
Top shop with a top lad running the show.Great selection and service is always spot on.Unfortunately so close to my... work I keep spending all ma wages!read more

Kirsty Munro
2018-01-14T16:16:42+0000
Great selection of beers and Niall knows plenty about the different ones stocked and what to recommend. Excellent for... getting gifts for any beer lovers you know or just to enjoy some yourself 😉read more

Richard Cook
22:52 20 Apr 21
Recently moved nearby and just placed a delivery order online.Beers came next day with an update from Niall and some... chit chat... the stuff you'd normally get in person which I miss so much.Great selection of beer with new stock posted on social media to keep us all in the loop. I'll be back!read more

Chris Cowie
19:51 23 Mar 21
Huge selection of beer which changes all the time - you could easily never drink the same beer twice (but I now have... some firm favourites). Click and collect is great and Niall will have your order ready to go at the shop almost straightaway if they’re open. Support a local business with great customer service to support independent breweries, instead of giving your money to Asda and Heineken! 🙂read more

Mathew Smith
13:41 17 Mar 21
Incredible selection of booze, always something new as well. Great customer service too with deliveries etc. It's been... a really hard time over the pandemic period, but the staff in the shop have been amazing, and it's a real treat to get a bunch of interesting drinks in. Support your local businesses! This place is really worth it.read more

Jim Rankine
14:06 11 Mar 21
Excellent selection, excellent service.When missed dispatch of the day Niall offered to deliver the order... personally.11/03/2021Another order dealt with fantastically. Emails from Niall keeping us updated. I look forward to visiting the shop as soon as we canread more

Deeko DJD
20:07 26 Feb 21
My favourite shop! Missing popping in to see Niall, but it’s great that they have a delivery service and that you can... order online and collect at the front door at the moment.The best selection of craft beer in Glasgow and well worth a visit when the pandemic is over!read more

Rob Cranley
12:46 14 Sep 20
This is a great little beer shop, with a very interesting selection of beer and a very knowledgeable shopkeeper who's... happy to take time to help you choose. I was recommended several beers I'd never heard of before, all were great and the descriptions given were spot on.read more

Darren Severs
13:39 12 Sep 20
Not the most extensive selection but every shelf is stacked with Gold and Niall is a guid yin. One of the best (if not... the best) beer shops in Glasgow!read more

David McElroy
17:12 09 Sep 20
Vast selection, helpful and safe setup in these tough times. Great having the shop in the southside!
Next Reviews

You can use our Click & Collect service to reserve your beers and we will advise you when you can collect. Alternatively, our counter at the door is open for walk-up sales.

We can also deliver your order within mainland UK. 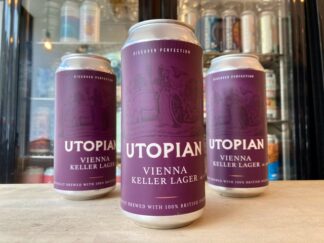